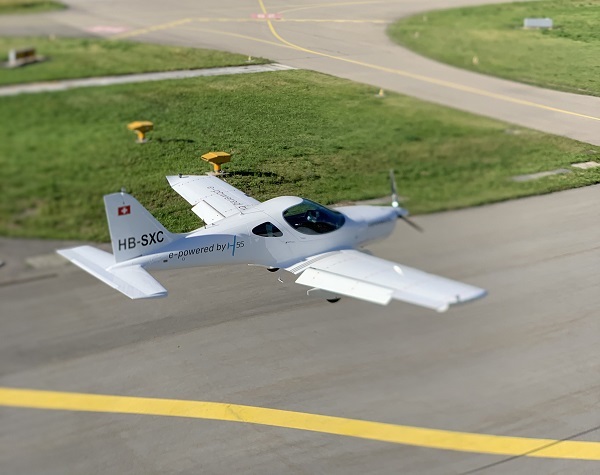 Sion,Switzerland, 3 December 2020.H55 has secured CHF 20 million from existing and new investors, as well as through the grant received by the Canton of Valais. This funding, led by Silicon Valley based firms, +ND Capital and Tippet Venture Partners, will allow H55 to expand its operations and engineering team to achieve its design and production certification from the European Aviation Safety Agency (EASA), planned for 2021.H55 will also finalize certifying its patented propulsion and modular battery system. The company’s first product will be used by aircraft manufacturers to provide electric flight trainers to pilot schools by 2022.

H55’s Co-Founder and Executive Chairman, André Borschberg commenting on this important development, “this

is yet another key step in making H55 a leading player in clean aviation solutions. Starting by making flight trainers electric, our roadmap includes more complex propulsion systems destined for 4-6 seaters and then to commuter airplanes and VTOL aircrafts. We plan to partner with leading electric powered aircraft pioneers to enable them to bring certified aircraft to market sooner. We now have a solid group of investors which will provide invaluable support in growing our company”.

H55develops certified electric propulsion and battery management solutions to enable the clean aviation revolution. The company focuses on the entire propulsion chain, starting from the energy source and its management, through thrust and power, to pilot interface and control systems. H55 has now developed a certifiable modular battery system which can be used in any new electric aircraft concepts and designs.

H55is a technological spin-off from Solar Impulse, the first and only electric airplane to have flown around the world. The company was created in 2017 by the former Solar Impulse management team, Andre Borschberg, Sébastien Demont and Gregory Blatt. In addition to US investors, H55 is also backed by the Swiss-based Ace & Company.