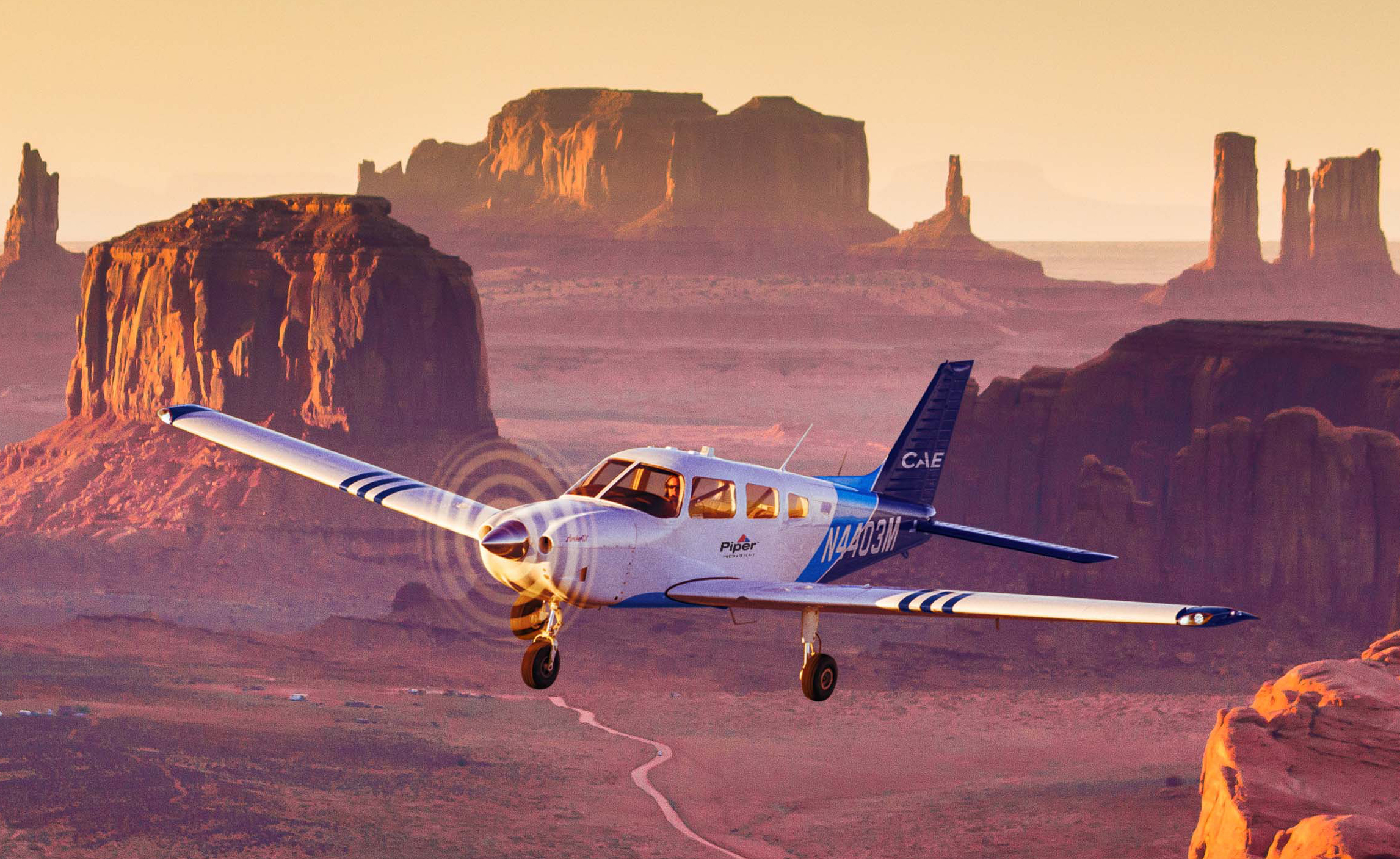 Sion, Switzerland / Farnborough, United Kingdom, 19 July 2022. H55 announced today at the Farnborough International Air Show 2022 that it will partner with CAE and Piper Aircraft to develop a conversion kit for in-service Piper Archer® (PA-28-181)aircraft and bring an electric variant of the aircraft to market as a Supplemental Type Certificate (STC). H55 has committed to designing and manufacturing the aircraft battery system to support CAE in the conversion of two-thirds of its Piper Archer® training fleet with electric propulsion and make the conversion kit available to all operators of the aircraft type.

H55 of Switzerland, one of the leading aerospace battery and propulsion system suppliers with years of successful electric flight experience, including the technology used in all Solar Impulse airplanes, has been selected by CAE to provide its battery system based on the specific requirements for the electric conversion kit.

H55 will work with CAE to convert two-thirds of its Piper Archer® training fleet. The Farnborough H55-CAE announcement also comes alongside the signing of an agreement between CAE and Piper to commercialize the electrical conversion kit to third parties, along with training and support services required for the operation of electrified aircraft.

André Borschberg, H55’s Executive Chairman, commenting on H55’s participation, “if we are really serious about making aviation clean, in addition to building new airplanes with clean propulsion technologies, we need to as well work on transforming the existing fleet of flying aircraft. This is undoubtedly the fastest path to accelerating clean aviation. For H55, this is another fantastic project as it brings us together with a leading aerospace technology company and an experienced and reputable aircraft manufacturer.

“With a proven track record of developing battery systems and flying electric aircraft, H55will play an important role as we work closely to get the electrified Piper Archer ready for take-off” said Marc St Hilaire , CAE’s Chief Technology Officer. “The development of an electric conversion kit for the Piper Archer is part of CAE’s commitment to lead the way in the development of green aviation technologies,” said Marc St Hilaire.

Executives from H55, CAE and Piper Aircraft, joined the Honorable François-Philippe Champagne, Canada’s Minister of Innovation, Science, and Industry as well as Pierre Fitzgibbon, Quebec’s Minister of Economy and Innovation for the announcement.

With its 3rd project in Canada,H55 is pleased to be joining the Canada Quebec Aerospace eco-system. H55 shares Canada-Quebec’s ambitions in advancing green aviation technology. When it enters service, the electric Piper Archer® will be an important contribution to the country’s objective of reducing aviation fuel consumption and scope 1carbon emissions. These partnerships show how industry and governments are working together to significantly reduce the carbon footprint of the aviation industry, reducing noise levels at its flight schools, while at the same time preparing pilots to operate green electric aircraft.

H55 and CAE are perfectly aligned on how today’s electric propulsion technology can make air transport clean, quiet, and affordable. As an engineering powerhouse and of the largest Piper Archer® operators, CAE and H55are uniquely positioned to make electric-powered flight a reality at flight schools around the world.

H55 is the leading enabler for electric aviation with the mission of making air transport quiet, clean, and affordable. The core of H55’s product offering includes a lightweight, modular, and certifiable energy storage and management system. H55also offers a full electric propulsion system which encompasses the battery packs together with the motor, motor controller, pilot interface, and power controls. H55 will receive its type certificate by EASA for its 100-kW electric propulsion by the end of 2023.

As the technological spin-off of the Solar Impulse project, H55’s proven track record includes having integrated and flown 4 electric airplanes. The company is therefore well-positioned to support its customers in developing and customizing its technology solutions for a wide range of applications suitable for both existing airplane designs and future concepts such as VTOLs and e-commuter aircrafts. To learn more visit www.h55.ch.